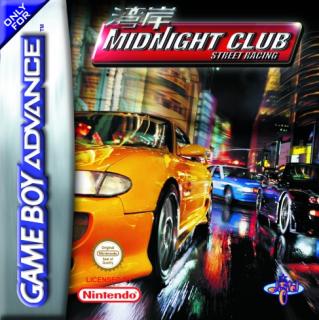 You know the rules ? there are no rules. Gentlemen: start your engines, pick your car and hook up with your mates for a spot of no-holds-barred racing through the streets of London and New York. Midnight Club is underground racing as intense as it gets ? and it?s coming to Game Boy Advance this December, thanks to Digital Worldwide.

Midnight Club originally appeared on PlayStation 2 and won fans thanks to its mix of on- and off-course racing. Players were encouraged to beat the pack by discovering shortcuts through the crowded city streets. All-out races were interwoven with one-on-one challenges as players sought to expand their collection of virtual cars.

All of the PlayStation 2?s features have been retained in this stunning handheld conversion. The street maps of New York and London are huge and varied, and peppered with hidden secrets and short cuts. The game?s mission structure, which requires players to seek out races and challenges in order to increase the range of available vehicles, remains gloriously intact. Racing through crowded streets, running red lights, terrorizing pedestrians, driving on pavements and outsmarting the law are merely the beginning for The Midnight Club

Whilst the original?s 3D polygonal view has been replaced by a much more handheld-accommodating top-down camera, the result is hugely impressive for a portable console. Dynamic lighting brings the cities to life ? and the bustling streets populated with pedestrians and traffic makes each race a challenge.

All of the cars from the original PS2 version feature on this cart ? which can be used in the game?s Arcade or Career modes.