The Evil That Hands Do 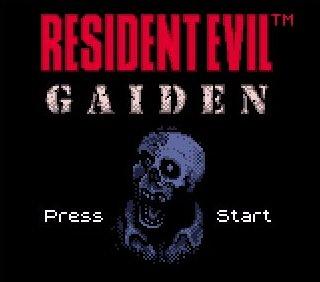 The game – being developed by Capcom and UK-based coders M4 – offers fans of the horror game classic a chance to discover a little more of the zombified world.

Boasting a storyline that won’t be seen on any other format, Resident Evil Gaiden launches Resident Evil stalwart, Barry Burton, on a brand new adventure. While on this special mission aboard the infested Starlight pleasure cruiser, Barry must locate and destroy the dreaded source of all the undead creatures, the B.O.W. (Bio Organic Weapon).

Resident Evil Gaiden also incorporates some revolutionary new features for the handheld. Combat has been transformed into a first-person game which requires skill and tactical judgement. Also, the game will boast some of the most complex AI yet seen on the Game Boy Color.

Gruesome zombies are continually on the hunt, so players need to stay out of their line of sight and employ stealth to keep their characters alive. Once zombies have been alerted, they'll group together with their undead friends to steal life-force and convert the living to their ranks.

Resident Evil Gaiden is being developed by M4 and Capcom, and will be published by Virgin Interactive on Game Boy Color in November 2001.
Games: Resident Evil: Gaiden