The Wait is Over as DarkStar One - Broken Alliance Hits UK Stores Today!

The wait is over, DarkStar One - Broken Alliance, is out now! 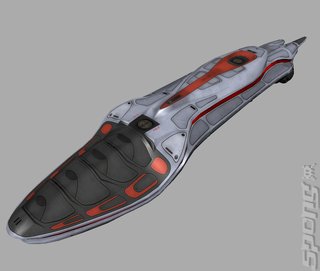 All Images (26) »
Kalypso Media, a global publisher of award-winning PC and console games is proud to announce the UK launch of the highly anticipated space-combat/adventure-RPG, DarkStar One - Broken Alliance for Xbox 360® video game and entertainment system from Microsoft®.

What the press are saying:

?One for gamers craving some modern-day Elite? ? 80% 360Zine, Gamerzines.com

?This is one to watch? - Eurogamer

?A game that will bring the vast reaches of space into your living room? ? 360 Gamer

Ready to don your space-suit and experience the adventure of a lifetime? DarkStar One ? Broken Alliance is your chance to do just that, as it combines fast and furious in-the-cockpit starship combat with a deep storyline involving love, family, betrayal and mysterious alien races spread across a vast and dangerous solar system.

Play as Kayron Jarvis, a young and ambitious space faring adventurer as he attempts to unravel a family mystery, braving the depths of space, encounters strange alien cultures and blasts his enemies to dust in his uniquely customisable ship - the DarkStar One.
Companies: Kalypso
Games: DarkStar One: Broken Alliance