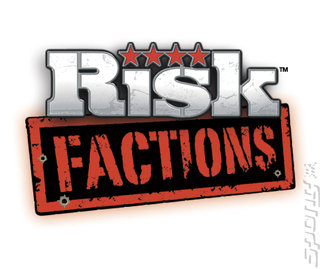 All Images (7) »
The EA Play Label of Electronic Arts Inc. (NASDAQ: ERTS) today launched RISKTM: Factions on Xbox LIVE® Arcade (XBLA), a digital re-invention of Hasbro?s iconic game of strategy and world domination. Featuring a blend of traditional and new gameplay modes, RISK: Factions takes global conquests to a new level with five-player online multiplayer functionality, setting the stage for the ultimate strategy showdown. RISK: Factions also presents a distinctive art style and offbeat humor such as cat and zombie factions that adds a unique and compelling layer of fun for both the new and veteran RISK fan.

?RISK: Factions has been designed to offer something for every level of strategy player,? said Chip Lange, General Manager and Senior Vice President of the Hasbro Division at Electronic Arts. ?We?ve taken a pop culture favorite and injected doses of innovation and creativity across all aspects of the game to deliver a RISK experience that can only be achieved on a digital gaming platform such as XBLA. From original Classic mode to new Factions mode, and online multiplayer to an assortment of rule-set options, game-changing strategic weapons, quirky factions and eye-grabbing graphics, the quest for world domination just got more extreme and fun.?

RISK: Factions pits five fanatical factions against one another in an epic battle for global supremacy. Deployed as cats, robots, zombies, yetis or humans, RISK strategists can start by playing through single-player campaign mode to familiarize themselves with the factions and Hasbro?s 2008 RISK rule-set, upon which the video game is based. Alternatively, players can jump directly into the action in one of the game?s three multiplayer modes including: Command Room mode, featuring the fast moving objective-based 2008 rule-set; Classic mode, offering traditional play where players conquer the world by eliminating all other opponents; and World Conquest mode, a mix of Command Room and Classic modes.

?The RISK game brand has always been about strategizing to rule the world, and now EA is offering players a chance to do so in a re-imagined digital environment,? said Mark Blecher, Senior Vice President and General Manager of Digital Media and Gaming at Hasbro.