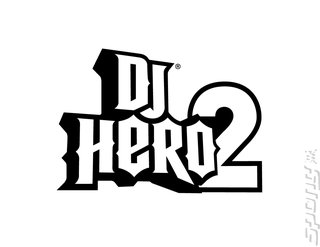 All Images (6) »
When the party starts this October, budding beat chemists, singing sensations and all of their friends will fire up two turntable controllers and a microphone and experience hits from the biggest names in music as they?ve never heard them before in Activision Publishing Inc.?s (Nasdaq: ATVI) DJ Hero® 2. Taking the soundtrack to ?the most innovative and immersive music experience of 2009?* and recipient of over 20 ?Best Music Game? awards to the next level, DJ Hero 2 spins together tracks from over 100 of the biggest artists from around the world ? who have combined U.S. full albums sales alone in excess of 375 million** ? creating an all-new, unparalleled music experience. Featuring the hottest hits from artists such as Lady Gaga, B.o.B., Pitbull, Deadmau5, Iyaz, David Guetta, and Rihanna and classic anthems from legendary artists including Eminem, Daft Punk, Dr. Dre, The Chemical Brothers, Jackson 5, Stevie Wonder and LL Cool J, the DJ Hero 2 soundtrack mixes the perfect blend of pop, dance and hip hop music.

?With DJ Hero 2, we wanted to create the ultimate party experience of 2010, and that meant not only revamping and adding social and multiplayer game modes, including full microphone support, and all-new levels of creative freedom, but also mixing and mashing hits from over 100 of the biggest and most popular artists on the planet,? said Dan Neil, Music Director, FreeStyleGames. ?We can?t wait to drop details on which of these artists? hottest tracks, as well as how we?ve mixed them together exclusively for the game, later this year.?

?With the success of DJ Hero and overwhelming response to its soundtrack, we are excited to be working even more closely with our label partners, including Interscope Geffen A&M, on DJ Hero 2 to hand-pick the best music from the most recognizable artists in the world,? said Tim Riley, Vice President of Music Affairs, Activision.

?We?re excited to bring the hottest hits from our biggest artists to DJ Hero 2 including Eminem, Lady Gaga, Soulja Boy, 50 Cent, M.I.A., Timbaland, Yeah Yeah Yeahs, and many more,? said Steve Berman, Vice Chairman, Interscope Geffen A&M. ?The blockbuster lineup of music we?ve contributed, when mixed by world renowned DJs exclusively for the game, will help deliver one of the best soundtracks in all of entertainment.?