Last Chance To Create A Wrestling Legacy with The WWE Smackdown Vs. Raw 2008 International Tournament, Presented By HMV 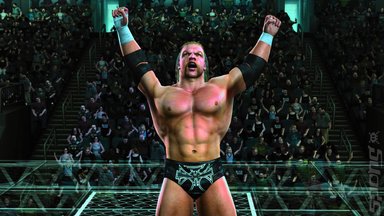 Since registration began in December 2007, almost 700 WWE SmackDown vs. Raw 2008 players have signed up to compete against international opponents from the USA, United Kingdom and Europe on Xbox Live.

The tournament, which is running qualifying challenges until February 8, 2008, places online gamers across the globe in a virtual ring, battling for the ultimate prize of two highly coveted floor tickets to the WWE live event, WrestleMania 24, which will take place on March 30, 2008 in Orlando, Florida, USA.

Major League Gaming, the world's largest organised video gaming league, is producing, hosting and operating the WWE SmackDown vs. Raw 2008 International Tournament on www.gamebattles.com/svr. In early March, the four top players in each region will move on to compete in regional finals.

One European finalist, one UK finalist and two North American finalists will then battle head-to-head at the grand finale, scheduled to take place during the 6th Annual THQ Superstar Challenge on March 27, 2008 at the House of Blues, Orlando, Florida, USA.

At the 6th Annual THQ Superstar Challenge, finalists will not only have the opportunity to play live against one another in front of a capacity crowd, but will also get to share the gaming spotlight with the top WWE Superstars in attendance.

In addition to the grand prizewinner receiving floor tickets to WrestleMania 24, all will not be lost for the three runner-up competitors. After battling to the end on stage, each will receive two stadium tickets to WWE's biggest event of the year.

Registration for the WWE SmackDown vs. Raw 2008 Global Challenge begins on December 8. Gamers may register for the tournament at www.gamebattles.com/svr.

Who: Gamers around the World

Where: Gamers can register for the tournament, as well as review rules and tournament prizes, at www.gamebattles.com/svr.
Companies: THQ
Games: WWE Smackdown! Vs. RAW 2008 Featuring ECW