Capcom Kicks Off The Next Generation Of Fighting Games with Street Fighter? IV

The Next Round of the Definitive Fighting Game Experience Combines 3D Graphics with Classic Street Fighter Feel. 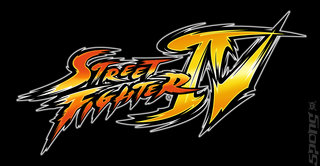 In its amazing twenty year history, Street Fighter has revolutionized the fighting genre and created a global legacy like no other. Few details have been released on the new game, outside of a heart-pounding preview trailer that set the gaming community on fire when it was released in October on the official website, StreetFighterWorld.com.

Capcom is proud to announce the return of four classic ?World Warriors? in Street Fighter IV : returning favourites Ryu, Ken, Chun-Li, and Dhalsim. The characters and environments are rendered in stylized 3D computer graphics (CG), while the game is played in the classic Street Fighter 2D perspective with additional 3D camera flourishes. The traditional six-button controls for the game will return, with a host of new special moves and features integrated into the input system. Mixing tried-and-true classic moves and techniques with all-new, never-before-seen gameplay systems, Street Fighter 4 brings a brand new fighting game to fans the world over.

Everything that made the legendary Street Fighter II a hit in arcades, living rooms and dormitories all over the world has been brought to bear here, with even more surprises. With the inclusion of Capcom's latest advancements in new generation technology, Street Fighter IV promises to deliver an extraordinary experience that will re-introduce the world to the time-honoured art of virtual martial arts.