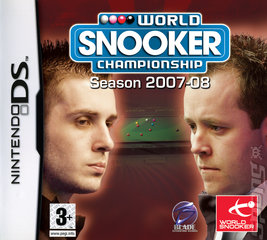 Arguably one of best-known personalities the sport has ever produced, Davis, who also appears in the game, will be featuring in a number of online and offline marketing activities, as well as PR events to support the launch and providing exclusive signed merchandise.

Snooker has always been a popular sporting genre for video games, but has historically been restricted by how the player controls each shot. Home console joypads and computer mice have never quite achieved the level of interaction and accuracy promised by Nintendo?s immensely popular DS handheld format with its dual touch screen and stylus.

Using the DS stylus, players are able to control the cueball in ways never possible in a video game before, creating the most involving snooker game to date.

Steve Davis commented: ?Snooker video games continually amaze me with level of detail and accuracy that goes into them. I?m looking forward to working with Koch Media on this release for Nintendo DS ? although I have pointed out that the cue that comes with this handheld is a lot shorter than the one I?m used to.?

Jon Bailey, Head of Marketing Koch Media UK, said: ?We?re delighted to be working with Steve on this release. He is synonymous with the sport and one of the most recognised professional players for all generations of fans.? He added, ?DS is the ideal format for World Snooker Championship 2007; the dual screen views means it?s easier than ever to line up the perfect shot and touch screen controls provide the most intuitive Snooker experience available.?