The Lord of the Rings Online?: Shadows of Angmar?. Book 10: The City of the Kings 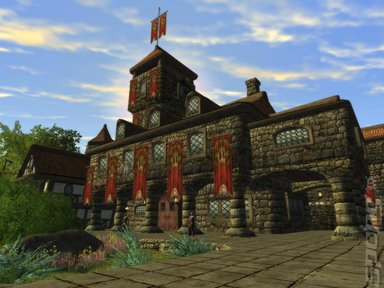 "Our first update significantly expanded the world of Middle-earth with new story arcs, quests, and exciting new kinds of gameplay," said Jeffrey Anderson, president and CEO of Turbine, Inc. "For Book 10 we continue the epic story and introduce a ton of new content, but we also are introducing legendary play, a completely new way to experience monster play that enables you to play as a powerful Ranger of the North or a terrible Troll."

Beginning August 21st, heroes can join the battle in Book 10: The City of the Kings, the second of many free updates to The Lord of the Rings Online.

NEW FEATURES:
The Epic Continues! ? Amarthiel, introduced in Book 9: Shores of Evendim, has reclaimed the palantir of Carn Dűm and is now seeking to make Annúminas her new seat of power as she searches for her lost ring of power: Narchuil. The Dúnedain stands against her as the Rangers mount a last, desperate attempt to wrest the palantir from Amarthiel. Before she can find Narchuil, a most dangerous opportunity presents itself that may give the Dúnedain the advantage they need to blind the eye of Angmar.

Legendary Play ? Once in the Ettenmoors, players can experience monster play in a completely new way by spending their Destiny Points to play as a powerful Ranger of the North or a terrible Troll to offer a strategic advantage to their allies in the battle for control of the Ettenmoors.

Critter Play ? Friendly barnyard animals love squawking around the landscape, exploring chicken coops, hunting for worms and more! Players can now explore Middle-earth from a different ? and sometimes unexpected ? viewpoint as a chicken, the first of many new playable critters that will be added to the game in the future.

Over 100 New Quests ? The story continues for players as they aid the Fellowship and encounter new adventures, new dungeons and over a dozen new monsters.

Enhanced User Interface ? The game's UI is now customisable. In addition to being able to skin your UI with a unique look, Book 10 will enable players to access sliders in their 'Options' panel to scale the size of individual elements of the UI to their liking.

"We are working very hard to deliver the most content and best experiences to our subscribers and it is extremely satisfying to see such a large number of players embracing the game and joining us in Middle-earth," added Anderson. "We intend to continue our long established reputation of delivering frequent and substantial updates to our players with the release of Book 11 this autumn which will offer players the opportunity to live in their very own house in Middle-earth!"