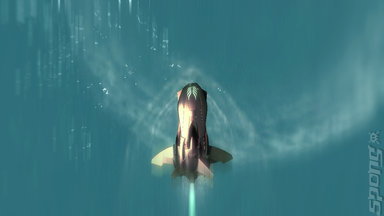 Fatal Inertia
All Images (3) »
Hertfordshire, UK- August 13, 2007 - KOEI, today announced the release date for the Fatal Inertia demo on Xbox live along with confirmation that this release will be followed up with playable demos for Bladestorm: The Hundred Years? War and Dynasty Warriors GUNDAM on Xbox Live and the PlayStation Network. Fatal Inertia will be available for download across Europe from August 14th. The playable demo for Bladestorm: The Hundred Years? War will be available in early October with Dynasty Warriors GUNDAM to follow a few weeks later.

?For titles like Bladestorm: The Hundred Years War in particular these demos are vital in giving gamers the opportunity to experience a flavour of what is a completely new gaming title. Words can only convey so much of what is a distinctive departure from the Dynasty Warriors games that KOEI are renowned for. By giving gamers the chance to experience firsthand what our games have to offer we hope that actions will speak even louder than words? said Will Curley, Sales Manager for KOEI Ltd.

Fatal Inertia will be available to buy on September 14th. Bladestorm: The Hundred Years War will be released on November 2nd with Dynasty Warriors GUNDAM to follow on the 9th November.

About BLADESTORM: THE HUNDRED YEARS? WAR:

In the early half of the 14th century a quarrel with England over the succession to the French throne escalated into what history would call the Hundred Years? War. Bladestorm: The Hundred Years? War will bring to life the intensity and drama of a war-torn Medieval Europe with a cast of legendary characters including Joan of Arc and Edward the Black Prince.

Utilizing a new game engine attainable only through the power of next generation hardware, Bladestorm: The Hundred Years? War will recreate the fierce clashes between the armies of England and France at an unprecedented scale, where every soldier reacts individually to their immediate surroundings. Players will assume the role of a mercenary leader and strategically command, in real-time, a wide range of troops including infantry, archers, cavalry, and cannoniers.

Bladestorm: The Hundred Years? War is being developed by KOEI?s Omega Force, the team behind the award-winning Samurai WarriorsŪ and Dynasty Warriors series.

In the middle of the 22nd century mankind?s thirst for excitement has spawned an evolutionary sporting event that draws from the combined disciplines of rally racing, demolition derby and high-performance aeronautics. In this brave new world of combat racing, gravity-defying machines are no longer confined to the speedways and stadiums of centuries past. In this grand spectacle of racing, the amphitheatre where drivers must prove their superiority is the untamed wilderness.

Through harsh environments spanning dense rainforests to immense glacier fields, and canyons of razor-sharp rock there is little room for error as drivers will reach speeds of over 500 mph. But Fatal Inertia is not merely a test of speed. The brave men and women who choose to compete must face the mental and physical punishment of low-altitude combat manoeuvring.

In Fatal Inertia each craft will be armed with a unique array of unconventional weapons that manipulate velocity, force and even time. Explosive magnets that impact racecraft stability and rockets that can counter thrust and velocity are just some of the dangers drivers must face. But with each racecraft hovering just a few feet from the earth, any misguided attempts to evade or dislodge these weapons can result in total (if not fatal) disaster.

Powered by KOEI?s Omega Force development team, Dynasty Warriors GUNDAM has players assuming the role of legendary heroes or villains while enabling them to get into the cockpits of their favourite Mobile Suits, the ultimate weapons of war. Gamers will fight across a host of futuristic battlefields?both terrestrial and stellar?at lightning fast speed and all rendered in high definition graphics. Determination and skill will be put to the test as they lead an army against hundreds of enemies and impossible odds. Customize Mobile Suits from more than six different epic GUNDAM animated TV series and strategically fortify their power, skills, and abilities while encountering storylines straight from GUNDAM lore. Additionally, dynamic gameplay modes including Official, Original and Versus Mode will ensure unlimited replay value.
Companies: Koei
People: Will Curley
Games: Bladestorm: The Hundred Years War Dynasty Warriors: Gundam Fatal Inertia