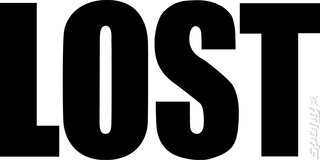 ?Ubisoft is thrilled to be collaborating with ABC to develop this phenomenal television series into an interactive experience,? said Helene Juguet, US senior director of marketing for Ubisoft.

?Ubisoft has worked closely with ABC Studios and the show?s producers to create a compelling storyline that has the same mystery, adventure and intensity fans of the show have come to expect from the ?Lost? brand.?

?We?re very excited to be working with Ubisoft to develop a game that captures the same surprise and intrigue as ?Lost,?? said Bruce Gersh, senior vice president, business development, ABC Entertainment and ABC Studios. ?The series has such a loyal audience, and we?re happy to bring fans an additional way to interact and engage with their favorite characters.?

"The sense of adventure and suspense that we strive for in the show is also captured in the Lost video game," said Damon Lindelof and Carlton Cuse, executive producers of the ?Lost? television series. "Ubisoft has done a fantastic job and come up with a game that is visually amazing and imaginative both on its own and as an extension of the world of the show."

About the Game
As a passenger of Oceanic flight 815, you survived the crash and find yourself on an uncharted island somewhere in the Pacific Ocean. As you begin to unravel mysteries of the island, you begin to discover secrets of your own. You will have to understand your past mistakes in order to survive and find your way home?

? Play as a survivor of Oceanic Flight 815: Confront your dark past, seek your redemption, and ultimately find a way home.
? Authentic ?Lost? experience: Explore familiar locations, unravel mysteries, and interact with the main characters from the show.
? Survive the challenges that the island throws at you: Solve puzzles, outsmart enemies, battle the smoke monster, and overcome many other challenges to survive the island and come out alive.

About ?Lost?
After Oceanic Air flight 815 tore apart in mid-air and crashed on a Pacific island, its survivors were forced to find inner strength they never knew they had in order to survive. But they discovered that the island holds many secrets, including a mysterious smoke monster, polar bears, a strange French woman and another group of island residents known as the Others. The survivors have also found signs of those who came to the island before them, including a 19th century sailing ship called The Black Rock, the remains of an ancient statue, as well as bunkers belonging to The Dharma Initiative - a group of scientific researchers who inhabited the island in the recent past.

The band of friends, family, enemies and strangers must continue to work together against the cruel weather and harsh terrain if they want to stay alive. But as they have discovered during their 90-plus days on the island, danger and mystery loom behind every corner, and those they thought could be trusted may turn against them. Even heroes have secrets.

About ABC Studios
ABC Studios has emerged as a leader in television development and production. The studio?s current slate of programs includes the international franchise hits "Lost" and "Desperate Housewives;" this year?s Golden Globe winning drama and comedy "Grey?s Anatomy" and "Ugly Betty;" the Emmy-nominated comedy ?Scrubs? on NBC; and sophomore hits ?Ghost Whisperer? and ?Criminal Minds? for CBS. For cable television, the studio produces ABC Family?s best-performing original series of all time, ?Kyle XY,? as well as ?Dirt? on FX and ?Army Wives? on Lifetime. The studio also produces ABC?s late-night talker ?Jimmy Kimmel Live? and is a distributor for ?The Amazing Race? on CBS. ABC Studios is part of Disney-ABC Television Group, a division of The Walt Disney Company.
Companies: Ubisoft Ubisoft Montreal
People: Helene Juguet
Games: Lost