Scissor Sisters Take On Masterchief As Xbox Soundtracks Takes Off 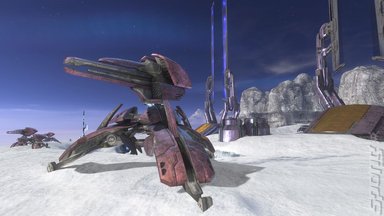 SCISSOR SISTERS TAKE ON MASTERCHIEF AS XBOX SOUNDTRACKS TAKES OFF

LONDON, 23rd May 2007 ?It was revealed today that chart topping superstars, Scissor Sisters, will be taking on gamers from across Europe in a unique Game with Fame event on the Halo 3 Multiplayer BETA via Xbox LIVE?.

The band, who launched Xbox Soundtracks in February with their remixed version of ?She?s My Man? cut to the Halo Wars trailer will be playing members of the 6 million strong Xbox LIVE community at 11.00 BST on 30th May 2007 direct from their hotel in France before going on stage later that day as part of their latest tour.

Since they unveiled the programme at the Xbox Big Day Out 2007 earlier this year, the band have been joined by the likes of Roger Sanchez, Enter Shikari, Backyard Babies , DJs Russ Cuban and The Nextmen who have all created tracks inspired by the amazing next generation, high definition graphics of Xbox 360 games.

Gamers or musicians who fancy taking part themselves can also do so by creating the ultimate Xbox game soundtrack and uploading it to the Xbox Soundtracks site by 31st May 2007. Our judges will pick their favourites then the public will get to vote for the best on Xbox.com/music. The winner will make gaming history with the chance to lay down their track in a Universal Music studio. The competition opened earlier this month and hundreds of entries have already been received.

To take part simply visit www.xbox.com/music, download the trailer, score your music and upload it back to the site. Entries shortlisted will be shown back on site from 6th June ? 4th July so visitors can view and rate the tracks created. The winner will be announced on 11th July 2007. For full details visit the Xbox Soundtracks site.

To take part in the Game with Fame session with the band simply email the following information to scissorsistersparis@gamewithfame.net:

The Halo 3 multiplayer beta is available to audiences worldwide via Xbox LIVE until 10th June at 07:59 BST.* It provides audiences worldwide with an exclusive early look at some of the multiplayer elements of Halo 3 on Xbox LIVE. Gamers who are interested in experiencing the multiplayer beta of Halo 3 can participate through the purchase of the critically acclaimed, Xbox 360-exclusive title Crackdown?, which was launched in February. The specially marked copies of Crackdown will act as a key for gamers to participate in the Halo 3 multiplayer beta. In addition to giving gamers their first opportunity to get their hands on the new levels, weapons, vehicles and game types, the multiplayer beta will also provide valuable data that Bungie will use in continued development.

*The Halo 3 multiplayer beta will require gamers to have access to an Xbox 360 console equipped with a hard drive as well as an Xbox LIVE Gold Membership.