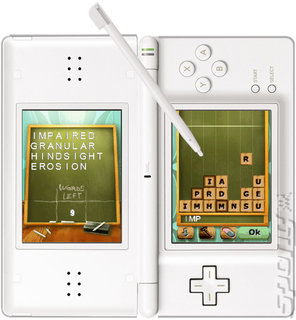 LONDON, UNITED KINGDOM ? May 21, 2007 ? Today Ubisoft, one of the world?s largest video game publishers, announced that it is expanding its casual video game business. Ubisoft has made significant investments and formed an internal development structure dedicated to the creation of games for everyone. Among the first projects of the new team are the introduction of the new ?My Coach? product line and the significant expansion of the already successful Petz® franchise.

?Ubisoft has a proven track record of publishing and creating video games for non-traditional gaming audiences, with multimillion-selling brands like Petz and Rayman,? said Yves Guillemot, chief executive officer at Ubisoft. ?The timing is right for us to leverage our creativity and to open up the video games market to new consumers who will be attracted by content that can help them learn, grow and feel better in an entertaining way.?

Ubisoft?s new casual games structure will be led by Pauline Jacquey, executive producer of casual games at Ubisoft. Pauline joined Ubisoft in 1998, working as a producer on some of Ubisoft?s best-selling brands including Tom Clancy?s Ghost Recon® and Rayman®. Ubisoft will also continue to partner with third-party developers to publish casual game titles for the mass market.

?Ubisoft?s vision for this business is unique,? said Pauline Jacquey. ?We are developing projects that make people feel that playing games is worth their while, allowing them to spend quality time with family and friends, learn a new skill, or improve their daily lives. By creating games with real-life benefits, we are creating games that appeal to everyone.?

The ?My Coach? series of games will allow players to improve themselves and learn in an interactive and stimulating way. The first two games in the line are ?My Word Coach? and ?My Life Coach.? ?My Word Coach,? is being developed in collaboration with linguists and will help players improve their verbal communication and vocabulary in a fun way. ?My Word Coach? can be played alone or with friends on Wii? and Nintendo DS? and will be released in Fall 2007. ?My Life Coach? is being developed in collaboration with a behaviorist. ?My Life Coach? is a personal coach that gives anybody concerned about their well being the willpower they need to change their habits the way they want in a motivating and fun way. ?My Life Coach? will be available for the Nintendo DS in Christmas 2007.

Ubisoft will also continue to grow its extremely successful Petz® line of games and allow young players to learn how to take care of that special cat, dog or horse on their Wii for the first time. The Petz series sold more than 3.5 million units worldwide in fiscal year 2006-07.
Companies: Ubisoft
People: Pauline Jacquey Yves Guillemot
Games: My Health Coach: Manage Your Weight My Word Coach