Sign up for the Age of Conan Beta today - Be the first to enter the world of Conan. 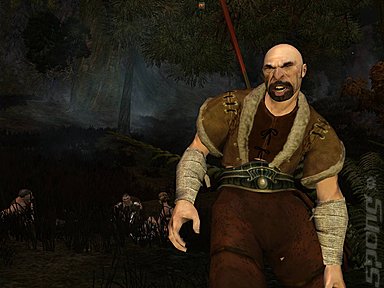 Durham, USA ? April 3, 2007 ? Get ready for the most savage, sexy and action-packed MMO ever created as Funcom and Eidos finally open the floodgates to the massive world of Conan. The official Age of Conan Beta sign-up starts today, giving thousands of pioneers a unique chance to play the groundbreaking MMO months before release!

"We have been waiting for this day since we started development on Age of Conan, and it will be an epic moment as we see large waves of players charging into Hyboria," said Gaute Godager, founder of Funcom and Game Director on 'Age of Conan'. "As we get ready to unleash the most brutal MMO ever created we will let an increasing amount of players test our creation. With extended Beta testing for months to come we can hone and polish based on large-scale feedback, allowing us to fulfill the potential of the game."

Just think of it - You ? There - On the battlefield. Unleashing devastating damage and death, laughing in the face of danger as you rally forth. Steel and magic, power and war, gods and demons, a barbaric world on the verge of collapse?this is the Age of Conan, this is your chance to shape one of the most anticipated PC games in development.

'Age of Conan' will release on the 30th of October. The game is consistently listed as one of the most anticipated PC games of 2007, and won 'Best MMO of E3' awards from IGN, GameSpot, GameSpy and Yahoo. 'Age of Conan' is a key title in Microsoft's Games for Windows line-up, as well as being a showcase DX10 title for nVidia. More information, Beta sign-up, forums and a welcoming community portal can be found on www.ageofconan.com
Companies: Eidos Funcom
People: Gaute Godager
Games: Age of Conan: Hyborian Adventures