Koei's Opoona? Will Change How Gamers Experience and Interact with Role-Playing Games

KOEI Introduces a New World and a New Life on the Wii System. 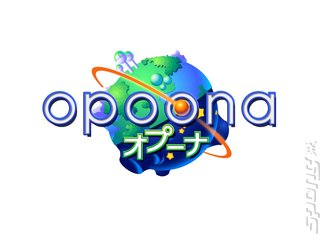 "With the unique capabilities of the Wii Nunchuk? controller and the vision of Arte Piazza, OPOONA will present gamers with a role playing experience like no other." said Will Curley, Sales Manager for KOEI Ltd.

About OPOONA:
OPOONA is the story of a young boy who is a descendant of brave warriors. These warriors, known as the Cosmo Guards strive to maintain peace throughout the universe. During a trip to the planet Landroll, an accident befalls Opoona's family and he becomes separated from his family. Opoona's parents are hospitalized with serious injuries, while his brother and sister have gone missing. In order to search for his siblings, Opoona must find a job and a "license" to travel throughout the colonies. Thus, Opoona's adventure begins as he struggles to establish a life on this new planet and reunite his family.

OPOONA is not only about battling, but it is a "Lifestyle RPG" in which players must adapt to a new environment, meet new people, and contribute to society through work, all while becoming aware of the precious world and people around them. As the game progresses, players must improve their "Tomodachi Level" by developing relationships. The Tomodachi level changes as Opoona's relationships evolve. When the Tomodachi level increases, Opoona will uncover a broader range of activities including new jobs and clues to new adventures.

The unique characters and a futuristic world created by Art Director, Shintaro Majima, are sure to fascinate gamers. With modern structures and ancient ruins to strange rock formations found in the wild, the world of OPOONA is a remarkable "fusion of both modern design and fantasy."

Developed by ArtePiazza, the team behind four installments of the best-selling Dragon Quest? series of RPGs. Opoona showcases the talent of some of today's most creative game designers including: Art Director Shintaro Majima, Planning Director Sachiko Sugimura, and Composer Hitoshi Sakimoto, acclaimed for his work on the music for Final Fantasy® XII.

OPOONA is scheduled for a Summer 2007 release in Japan, with a worldwide release date to be determined.