We are proud to unveil new screenshots of Loki, the PC hack 'n' slash from developer Cyanide. 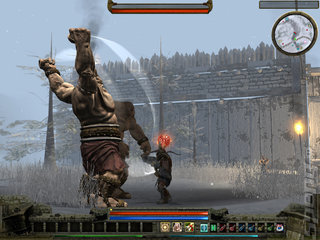 All Images (7) »
These new images introduce spectacular confrontations with some of the numerous bosses that players will face along an epic adventure. Among them, we can admire Zeus fighting with the Norse Warrior at the top of Mount Olympus, or Fafnir, the dragon of fire, unfolding his wings in front of the Greek fighter. Discover also the mythical and near-invincible Minotaur in his labyrinth, and finally Fenrir, the legendary wolf of Scandinavian mythology.