Get closer to the World Superbike experience with the latest exhilarating console release from Black Bean Games and Koch Media!

Koch Media is pleased to announce today a distribution deal with Black Bean Games for their anticipated upcoming release. 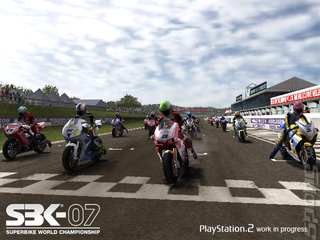 SBK-07:Superbike World Championship promises to deliver a thrilling, accessible and engaging racing experience for both Superbike and race fans alike..

The official license of World Superbike Championship adds full authenticity, with real world riders, bikes and circuits all coming together in a atmospheric game that is as fast paced and exciting as the events themselves.

Not only is SBK-07:Superbike World Championship supported by the World Super Bike license but also comes from Milestone, the creators of the original Superbike games still recognized to be one of the best bike games ever made.

"We are delighted to sign such a strong license. The motorbike genre holds much potential and the combination of the great game and the best license will surely excite trade and gamers alike" commented Craig McNicol, Managing Director to Koch Media UK.