The Only Game In The Village 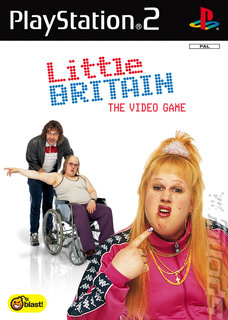 Monday, January 29th 2007, Leeds? Video games developers from the Yorkshire region have collaborated to create a video game version of Little Britain ? one of the most successful comedy programmes in recent times.

Little Britain: The Video Game is the brainchild of Leeds-based Gamerholix, who not only masterminded the initial concept, but also designed and produced the game, outsourcing the developmental duties to Sheffield-based Gamesauce.

Gamerholix specializes in the design and development of original games and games based on licensed properties. Managing Director Elliot Gay, who has 25 years games design and production experience, is also Chairman of Game Republic ? a regional alliance of high-tech companies operating in the computer and video games business.

Gamerholix and Gamesauce, both founder members of Game Republic are not the only companies who have contributed to this cross-developed project, however and it was very much a case of ?Computer says yes? for two other members of Game Republic, as well. Wakefield-based Pit Stop Productions were approached to write the music and record the voices of the show?s actual stars: Matt Lucas, David Walliams and Tom Baker; while Bradford-based Four Door Lemon created the sound engine for the game.

Charles Cecil, the celebrated game developer and Managing Director of York-based Revolution Software also helped direct the development of the game that sees players reacquaint themselves with a slew of favorite characters such as such as Lou and Andy, Dafydd Thomas, Vicky Pollard, Marjorie Dawes, Emily and Florence, Mr. Mann, Judy & Maggie and Letty. Instantly recognizable, the game?s characters have all been lovingly modeled and hand animated to match their real-life counterparts.

Little Britain: The Video Game is a fun collection of mini-games presented in the style of an episode from the TV show. To win, players must work their way through a series of specially created sketches that feature plenty of scripted input from Matt Lucas and David Walliams themselves, until the credits roll at the end. As you?d expect, Tom Baker narrates throughout so fans of the series can enjoy a truly authentic Little Britain experience.

?This is the first in what we hope will be a long line of commercially successful games using our new business model,? said Elliot Gay, Managing Director of Gamerholix. ?After winning the contract to develop the title, Gamerholix led and coordinated an initiative to involve as much regional talent as possible. And, in outsourcing much of the work to Yorkshire-based companies such as Gamesauce (development), Pit Stop Productions (music and voice recording), Four Door Lemon (sound engine) and Revolution Software (consultancy), we hope to raise industry awareness of the Game Republic brand, as well.?

Bryan Reynolds, Managing Director of Gamesauce added: ?Being such a well loved and high profile franchise, the Gamesauce team were delighted to be chosen to develop the multiformat Little Britain game. We're now looking forward to using the robust and proven technology on further titles in the coming year.?

Little Britain: The Video Game is published on Mastertronic?s Blast! label ? the leading video game company aimed exclusively at the younger children's market ? and goes on sale for PlayStation2 and PC on 2nd February, priced Ł19.99, with the PlayStationPortable (PSP) following shortly afterwards in Spring.