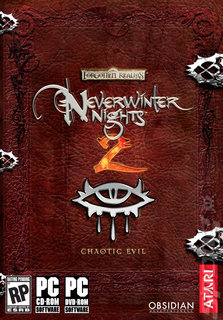 LYON, FRANCE ? 17 October 2006 ? Atari and Obsidian Entertainment today announced that the highly-anticipated Neverwinter Nights? 2 has gone gold and is on schedule to ship to retailers in North America on October 31 and across Europe on November 3. Neverwinter Nights 2, the sequel to BioWare Corp.?s best-selling and genre-defining role-playing game, is set in the DUNGEONS & DRAGONS® Forgotten Realms® universe created by Wizards of the Coast, a subsidiary of Hasbro, Inc. (NYSE: HAS), and will transport players back to the embattled city of Neverwinter. DUNGEONS & DRAGONS is under license from the Hasbro Properties Group, the intellectual property development arm of Hasbro.

Developed by Obsidian Entertainment, Neverwinter Nights 2 features a new, extensive single-player game with deep character development and a powerful new toolset that provides players with unprecedented ability to create their own universes, quests and storylines