Philips signals the arrival of amBX with Kuju 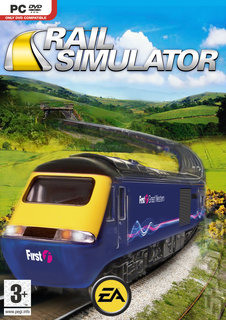 Redhill, United Kingdom ? Steaming ahead with the signing of first class developers, Philips today doffed its driver?s cap and announced the timely arrival of amBX with UK-based Kuju Entertainment, with Rail Simulator confirmed as the first Kuju game to be enabled with the revolutionary ?ambient experiences? technology.

Kuju joins a burgeoning list of game developers, publishers and peripherals manufacturers supporting amBX-enabled games, including THQ, Revolution, Sumo Digital, Philips Peripherals & Accessories and SpectraVideo, and Philips is currently in the closing stages of agreements with a number of other leading companies regarding amBX-enabling games and devices.

Due to be published by Electronic Arts in Europe in early 2007, Rail Simulator will allow both rail enthusiasts and casual users the opportunity to drive steam, diesel and electric trains on real routes throughout the UK and Germany. The simulator will also allow players to design their own personal journey route, through the use of a fully integrated World Editor.

By amBX-enabling the game, all the familiar sights, sounds and feelings of the railway experience will be recreated around the player, including wind, track rumble and lighting - both in and out of the tunnels. Signals, tracks, points, buffers and the experience of driving in the cab will come to life through the energy of amBX locomoting the world of the simulated railway out into the real world.

Created by Philips, amBX is a huge leap in the development of ambient intelligence and is set to revolutionise the gameplay experience by extending the gaming world out of the screen and into the real world. amBX will provide gamers with a full ?sensory surround experience? by kitting developers with a tool box to use light, colour, sound and even air flow.

Using a scripting language, software engine and architecture, the amBX platform has been designed to deliver all-new player experiences through enabled devices such as LED colour-controlled lights, rumble peripherals, heat and fans, all placed strategically around a player?s room.

?We?re thrilled to have a developer of Kuju?s calibre join our growing army of amBX-licensed developers and publishers,? commented Jo Cooke, Chief Marketing Officer, Philips amBX. ?Kuju?s Rail Simulator is a great first title to undergo the amBX treatment and we?re convinced that players will welcome the opportunity to feel the wind in their hair and the tracks rumble whilst driving the eight trains that will be available.?