The 'King' Of The Fighters Is Back 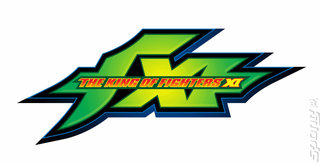 Ignition Entertainment can today announce that King of Fighters XI is coming to Europe for the PlayStation®2.

The world has been rocked by two major events - Mukai has stolen the Orochi seal and the theft of the Yata Mirror by Ash Crimson. Just as the dust had settled, a new King of Fighters tournament was announced - a tournament which brings together some familiar faces, as well as new comers to the world of King of Fighters.

Not all is what it seems in this new tournament. There are too many unanswered questions. Too many mixed objectives!

Who are the group 'Past Coming People' and what do they really plan to do? Where would Orochi's force finally land once the seal is finally open? Will Chizuru and his friends still be able to seal Orochi? And just what is Ash Crimsons' true plan?

'It's the game that every King of Fighter fan has been waiting for" says Peter Rollinson, Product Manager, Ignition Entertainment Ltd 'with the newly introduced abilities and systems, KOFXI will provide a new challenge to even the biggest fans of the series'.