Dead Rising is the fastest selling next generation title to date in North America. 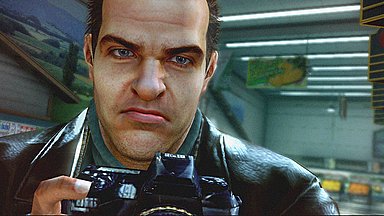 SUNNYVALE, Calif. August 28, 2006 Capcom, a leading worldwide developer and publisher of video games, today announced Dead Rising?, the company?s first game for Xbox 360? video game and entertainment system from Microsoft, has shipped more than 500,000 units within the first two weeks of its launch. Dead Rising released on August 8 in North America and it is scheduled to release on September 8 in Europe and on September 28 in Japan. The game carries an ?M? rating for mature audiences by the ESRB (Entertainment Software Rating Board).

In preparation for the next generation transition, in 2005 Capcom concentrated on creating titles for foreign markets while seeking to improve its marketing, sales and business operations functions in North America. Dead Rising?s early success is attributable to these changes and Capcom?s foresighted philosophy of embracing next generation development to yield a high quality title with worldwide appeal. As a result, Dead Rising is also the fastest selling next generation title for a Japanese publisher.

Dead Rising is an action horror game that follows the harrowing tale of Frank West, an overly zealous freelance photojournalist in pursuit of the story of a lifetime. What he finds is a small suburban town completely overrun by zombies. He seeks refuge in the local shopping mall, but soon learns it is far from the safe haven he had thought.

Dead Rising takes place over 72 hours, during which Frank must unravel the mystery behind the catastrophe and survive the dangerous swarm of enemies that lie in wait. The unprecedented level of freedom provides players with a vast array of gameplay possibilities to do anything and everything they?ve wanted to do in a mall. Hundreds of unique objects can be used as weapons to fend off the hordes of zombies - everything from golf clubs and baseball bats to cash registers and stuffed animals. Additional outfits for use in-game are available for free download on Xbox Live Marketplace, and there are plenty of other options to customize Xbox 360 experience with Dead Rising themes.

?Response to Dead Rising from the trade, press and consumers has been tremendous,? said Charles Bellfield, vice president, marketing, Capcom Entertainment. ?The success of the game is a result of Capcom?s recognition of Xbox 360 system?s possibilities and starting development early on in order to deliver such a high-quality game.?
Companies: Capcom
People: Charlie Bellfield
Games: Dead Rising