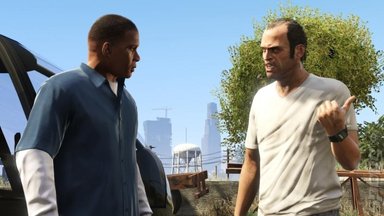 The hype for GTA V, which releases on September 17th, is mounting from all angles - yes, including us in the media. The latest voice added to the general clamour comes from UK games sales stats compiler, Gfk Chart-Track.

In a recession hit sales environment with New Generation Xbox One and PS4s not yet released and therefore leading consumers to save their pennies, as far as we can see GTA V will have problems outselling GTA IV early on. Not so says Dorian Bloch at Chart-Track. He's way more confident.

He tells MCV that, Grand Theft Auto V has the potential to be the biggest launch of the (current console).

Chart-Track director Dorian Bloch thinks that the new GTA can achieve big things in the light of its predecessor, which "sold to almost one-third of the entire PS3/360 installed base at that time, in just 1 week."

GTA V, however, "won?t achieve that level of penetration week one this time, but it has the potential to reach the week one summit, which is currently 2m units of Black Ops / Ł83m for Modern Warfare 3."
Companies: ChartTrack
Games: Call of Duty: Black Ops Grand Theft Auto V