The downside of good weather... 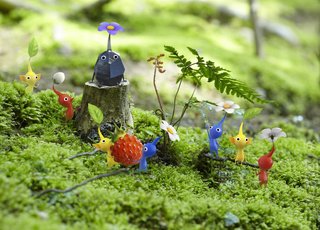 Not even Pikmin 3 could save the day.
UK games retail had its worst month on record in July. Last month, stores took just Ł23m in game sales. That's 40.4% less than in June and 33.3% less than the same month last year according to GfK Chart-Track.

Several factors were stacked against retailers. For one, releases are cycling down for the PS3 and Xbox 360 ahead of the release of their successors later in the year. Summer is also a traditionally light period for games releases, with hot weather having served to further keep customers away from shops.

Things are expected to pick up on August 23rd, when a glut of big releases will hit. Splinter Cell: Blacklist, Saints Row IV, XCom and Disney Infinity are all scheduled to hit. Later in the year, of course, the next-gen will hit...