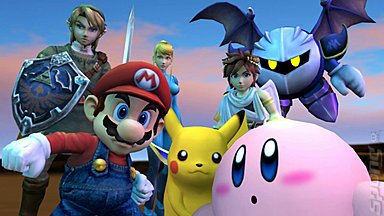 Platinum Games designer Hideki Kamiya clearly doesn't take kindly to fools. Unfortunately for him, he is constantly bombarded with people that could be considered fools on his Twitter feed. People who keep asking him if Bayonetta, Viewtiful Joe or Ameratsu will star in the next Super Smash Bros.

Is he excited for Nintendo's upcoming all-star brawler? Is he, f***. And even if he is, he's not too keen on people constantly harassing him about his feelings on the subject.

"Enough of smash idiots. F*** off," he tweeted. Yikes. He also linked to a number of tweets asking him about the game, to highlight just how much his day is taken up by all these questions.

Platinum's latest project, the Wii U exclusive Bayonetta 2, is expected to be shown at E3 next week.
Companies: Platinum
Games: Bayonetta 2