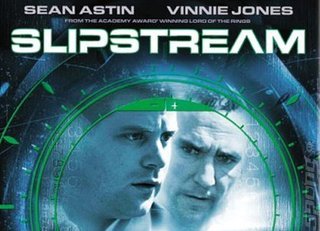 Imagine if you will, Grand Theft Auto but not set in a comedic yet gritty reality yet fictional earthbound environment. Imagine its social satire and shooty-bang-pew, its badly driving cars and its fully formed yet believably cardboard characters dancing their storylines... in space!

Not gonna happen. Although it was tempting according to R* Games joint-mainman Dan Houser speaking to French site Ecrans. Mr Houser says:

"One of our strengths is the consistency of the game world. We're not necessarily the best writers in the world, but we how to write a video game..." fair enough. So what of Sci-Fi?

"We have no interest in going into science fiction for the sake of flying cars and laser guns. The best science fiction stories are those that speak about the human condition. So while this idea is very tempting and, by definition, anything's possible in a videogame, we lack the essential thing for the moment: a good reason."

The interview was last year (sorry) and was translated by OXM but originally appeared in the French publication.