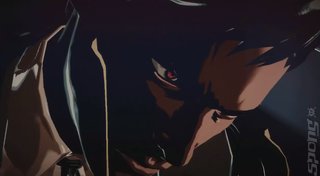 The first trailer for Grasshopper Manufacture's latest assassin-based action game, Killer is Dead, has been released. And it's as you'd expect - brilliantly colourful, and masochistically brutal.

Revealed by SUDA51 in the latest issue of Famitsu, Killer is Dead centres on a 35-year-old part-cyborg assassin called Mondo Zappa. The game is described as part Killer7 and part No More Heroes - and the art style seems to support that.

It will arrive on PlayStation 3 and Xbox 360 this Summer in Japan - and it can't come to the West soon enough. Take a look below.