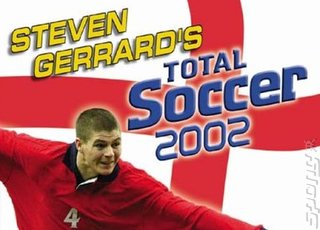 The English FA has released its guidance for top soccer stars. And yes, along with "Try not to get nicked for speeding" and "Avoid murdering anybody important before a big game" is a dig at video games.

Despite our amusing notes (the murder things isn't totally true) the Code of Conduct for grown-up men who happen to kick a ball for a living and are therefore treated like five year olds contains such gems as:

"Comment on Twitter/Facebook about opposition, management, individuals could result in disciplinary action."

"Don?t publish on Twitter or Facebook anything that may cause embarrassment to a member of the FA, the England squad and management."

"No Twitter or Facebook comments on the day before the game or the day of the game unless authorised."

On the video games front: "Only use a sensible amount of time playing video or computer games."

Let's have a look at other key elements as spotted by the Telegraph.

No use of drugs without doctor?s permission.
No violence, abuse or discrimination (all forms).
No disclosure of confidential information about any aspect of playing for England.

While on international duty players must:
Respect opponents, officials and supporters.
When travelling to foreign countries, be respectful of their culture and traditions.
Always acknowledge the supporters at the end of the game and on the coach travelling to training and games.
Respect drug-testing officers at post-match (they?re doing a job).
Respect hotel staff at all times.

Players should:
Not react, however hard it is, to verbal provocation from the press or fans when in public places.
Wear official sportswear (except footwear).

Players must:
Not consume alcohol without the permission of the manager, use drugs or banned substances, use room service.

Note that mobile phones in the meal room, dressing room and team bus is at the discretion of the head coach.
Not discuss team tactics or selection ahead of fixtures outside of the group; always be on time for team meetings.
Go through mixed zones (guidance that no earphones etc worn).
Be aware that texts, picture messages, and BBMs, can become public.
Players are to advise either national coach or team official when they are guilty or have been accused of any criminal offence."

Yes indeed, these are all aimed at adults.