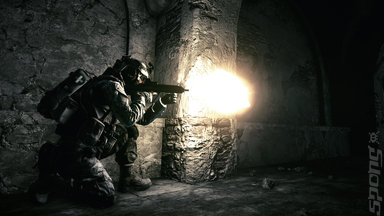 DLC
Heads up - DICE is preparing a patch for Battlefield 3 that will go live tomorrow. Although there's a pretty big laundry list of fixes and balancing tweaks contained within, the patch also serves another purpose - to prepare gamers for the arrival of the Armored Kill DLC.

The patch will roll out on PS3, Xbox 360 and PC tomorrow, but the same won't be true for Armored Kill, which will see a staggered release across all platforms. Battlefield Premium subscribers on PS3 will be the first to take a stab at the expansion when it arrives on PSN on September 4. PC and Xbox 360 Premium members will see it land on September 11.

If you're not a Premium member, you'll need to wait until September 18 for PS3 and September 25 for PC and Xbox 360.
Companies: DICE Electronic Arts
Games: Battlefield 3