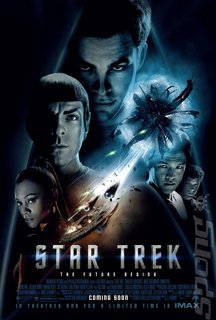 If you're not content with Microsoft releasing a new Xbox 360 bundle every time a AAA game comes out, you'll love this news. Trade distributor Gem and film studio Paramount Pictures are teaming up to release two movie-related Xbox 360 Elite packs.

With Star Trek and Transformers: Revenge of the Fallen hitting DVD, these console bundles are aiming to be the perfect gift for fans of space travel adventures and Megan Fox. The packs will come with an Elite console, an extra controller, one of the two films on a USB stick (depending on which bundle you get, of course) and a related game tie-in.

The DVD releases of Star Trek and Transformers are 16th November and 30th November respectively, so we'll probably see these special editions in stores around that time. No pricing has been revealed yet, but Gem hinted that you may only be able to get these bundles at chosen indie retailers.

All the same, it seems odd to have a console bundle that doesn't really involve the manufacturer at all.