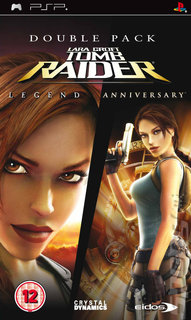 Eidos has announced that it will release a Tomb Raider double pack for the PSP next week.

The pack will feature Legend and Anniversary. It's described as a European exclusive.