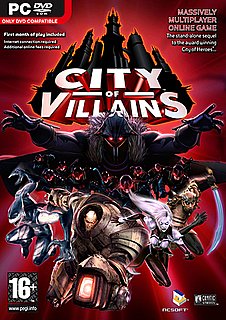 All Images (4) »
Korea’s NCsoft Corporation, the world's leading developer and publisher of online computer games, has today announced a staggering sales figure of 338.8 billion Korean Won (a staggering US$346.5 million) for their last fiscal year, ending December 31, 2005. This surpasses the 300 billion Korean Won sales milestone for the first time.

It’s also a good indicator of why there is a current gold rush amongst games publishers in the west, who are all very eager to jump aboard the lucrative MMO gravy train.

NCsoft’s financial results are driven mainly by diverse sources of revenue generators such as Lineage and Lineage 2, Guild Wars and the most recently released City of Villains. The firm is also about to release Auto Assault which we reported on earlier this week

Its also great news for NCsoft Europe, which is remarkably just over a year old. Happy Birthday, MMO geniuses! Regional sales for 2005 based on percentages showed Korea with 51% of total sales, North America 27%, Europe 8%, Japan 8% and overseas royalties 6%. So Europe and North America are both significant and growing markets for the MMO publisher.

Its also good to see an MMO publisher trying to grow and expand the market for these types of games in new and innovative directions, with City of Heroes/Villains and Auto Assault both showing what can be done with non-traditional MMO content (ie something other than elves and warlocks and shit like that).

Speaking exclusively to SPOnG earlier this afternoon, Geoff Heath, CEO of NCsoft Europe, commented: "Considering that the European operation only started operations late in 2004, our contribution to the 2005 results is a major achievement. From a standing start we launched four MMOs in 2005, including Guild Wars, which topped charts all across Europe. With two games already slated to launch this
Spring, we have every confidence that 2006 will be another good year."

NCsoft’s motto for 2006 is the catchy 'Global Infrastructure, Local Content'. Its good to have a motto, even if it wouldn’t really look very cool printed on a T-shirt. (Note to NCsoft, please don't make any press t-shirts with this logo on it, as it wouldn’t work, even in an ‘ironic’ way).

If you want to get involved on the Auto Assault beta test, then you can do so by registerising here
Companies: NCsoft Europe
People: Geoff Heath
Games: Auto Assault City of Heroes Deluxe City of Villains Guild Wars Lineage II: The Chaotic Chronicle

Joji 14 Feb 2006 16:25
1/1
Congrats indeed to NC. Nice to see some out there trying to vary the online gaming experience to more than FPS games and fantasy rpgs.

Now if only they could sort Ragnorok for DS online, I'd be the happiest gamer alive.