Moore: Halo 3 Not a PlayStation 3 Spoiler

Oldest rumour ever grinds to halt. 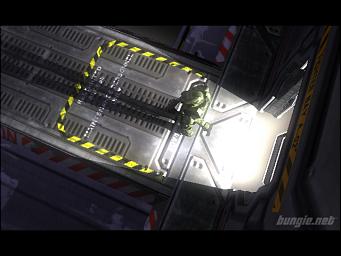 Speaking in an interview with Engadget, Microsoft's recently-promoted Xbox head Peter Moore ended speculation that Bungie's Halo 3 was slated to be used as part of a spoiler campaign when the PlayStation 3 launches.

?The Halo Nation would string me out from some flagpole if I used Halo to be a competitive counter balance to something else, for it to be anything other than the greatest game ever on an Xbox console - or on any console,? commented Moore, ending a rumour that is almost as old as the Xbox 360 announcement itself.

Moore was also surprisingly open to the looming launch of the PlayStation 3, unusual for the exec famed for his anti-Sony stance since the days of the Sega Saturn. ?There's no doubt, regardless of whether I throw a title in there or an update of Live or whatever, that it's not going to affect their launch. You don't think they're not going to sell out of PlayStation 3s, do you? You think that if I could create a piece of IP so that PlayStation 3s would arrive at Best Buy and they'd sit on the shelves? Come on, it's not going to happen,? said Moore, concluding, ?They'll launch, let's face it. They'll launch and it'll be very successful."

On rumours surrounding all things Halo, he said, ?I mean, people love the conspiracy theories, like that it's [Halo 3] already ready to go. That is not the case at all. There's too much invested in this franchise and the Halo Nation is too dear to us to use them as pawns in some bigger game. It doesn't work that way.?

Stay tuned for SPOnG in the coming week for a major interview with a Microsoft executive ? the only interview to be conducted weeks after the CES dust has settled.
Companies: Bungie
People: Peter Moore

There's the Live Tribe, who refuse to do anything but play Live. The vast majority of these people seem to see it as some sorta allegory for sexual prowess, and take lots of delight in "pwning" new players, or "noobs".

There are the Fans, people who enjoy the story and hardly ever log into Live. They tend to be massively enthusiastic about the series, be tolerant of those new to these things, and even have a long history of Bungie games like Oni, Marathon and such installed on their systems.

And there are the online representatives, who tend to be too busy arguing with the Killzone fans to realise they need to learn to spell.

OptimusP 25 Jan 2006 20:05
3/8
Lol, greatest on any system...come on, they know as well as anyone that if someone made a decent FPS with the Rev controller it would kick Halo 3's ass sheer by having a vastly superior way of control.
Besides, it still has to beat Twilight Princess and FF12 and Bungie is too much of an polygon spiller to create an artistic better game then those 2.

LUPOS 25 Jan 2006 20:12
4/8
OptimusP wrote:
Lol, greatest on any system...come on, they know as well as anyone that if someone made a decent FPS with the Rev controller it would kick Halo 3's ass sheer by having a vastly superior way of control.

then why doesnt every pc fps ever made kick halos ass? as hey have vastly superior methods of control... oh thats right... cause they arent all good... and they are all different.

personly however... i hate the first person zelda controls they implimented in metroid on gc and am looking forward to gettign to play one with the revo control instead.

As long they don't announce a new "innovative" feature for Halo 3 some other FPS allready had for more then 5 years.

at anyrate i dont think most fps's of average quality are better than halo1/2, not by a mile. not to say there arent better games... but to say "most" is a bit rediculous. I realize there are alot of people out there hateing on halo as it was incredibly over hyped. but it is still a very solid fun, well made, well rounded game.

as for the whole inovatiuons that arent 5 years old bit... mario brothers was not the first platform adventure game of its time... other people had been trying similar things for years... most of the things in mario existed else where already... but we remember mario because of how well it did everything while also adding a few new things of its own. much like msot of halo isnt ground breaking it just did everything so perfectley that it was stunning... and the addition of only carrying 2 weapins, rechargable sheilds, good vehicular combat in an fps... all tied in to make a trully fantastic game.

where as a game like gta does somethign no one else had ever really done before and succeds on those merits inspite of the fact that none of its parts are particularly good when compared to other games that had similar elements.

both are good games... i just prefer the halos of the world... the well refined masterpeice (mona lisa?) vs. the experimental stuff (polak?[sp?{and i went to art school too!}]).

OptimusP 26 Jan 2006 18:33
8/8
TFC...as in Team Fortress Classic, a 8 year old HL-mod...what are you? some CS-whore? :p
You know, probably the only game that has explosions everywhere...all the time... and people still find the health to cap flags...and noobs have the potential to die every ten seconds after they spawn.

God that game is fun...
Posting of new comments is now locked for this page.