EA Head - Core Gamers Fear Change - He Could Be Right 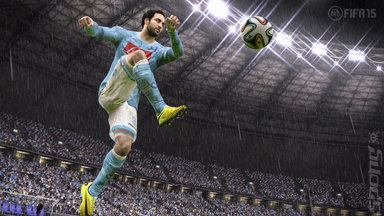 EA, the company that has churned out sequel after sequel in AAA safe-as-milk gaming has decided - via its COO Peter Moore - that hardcore gamers fear change.

First up, he goes all hype: "I think we're going into almost a golden age of gaming, where it doesn't matter where you are, at any time, any place, any price point, any amount of time, there's a game available to you". Yes, a golden age of more sequels; more shooting games; more sports games; more Sims games that sell Ikea and H&M product. But let's hear more from Peter.

This Golden Age is causing mixed metaphors which, in Peter's case results in a "Primordial Soup" of options and business models.

He tells GamesIndustry, "I think the challenge sometimes is that the growth of gaming... there's a core that doesn't quite feel comfortable with that.

"Your readers, the industry in particular. I don't get frustrated, but I scratch my head at times and say, 'Look. These are different times.' And different times usually evoke different business models. Different consumers come in. They've got different expectations. And we can either ignore them or embrace them, and at EA, we've chosen to embrace them."

We await FIFA 15, Battlefield Hardline, and Christ knows how many Need for Speeds with "abated" breath.

However, it may also be time for self-reflection: why exactly do EA and the other major publishers keep on knocking out churnware? Could it be because core gamers do in fact fear change?
Companies: Electronic Arts
People: Peter Moore