Reports of damage to software likely to dampen any interest. 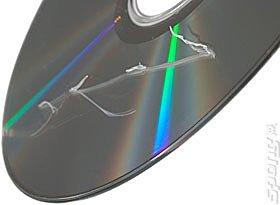 Reports are surfacing over the holidays that the Xbox 360 is scratching game discs, a potential disaster for Microsoft's push into the Japanese market. Various online reports and community postings noted the problem in the last few weeks, with Internet rental store GameFly issuing a warning to owners of faulty consoles.

?We have received reports that certain XBOX 360 consoles have caused damage to GameFly videogames,? said the firm in a notice to customers. ?Unfortunately, we have been notified that you recently returned a damaged XBOX 360 game. As a precaution, we have removed all XBOX 360 games from your GameQ. Please contact Microsoft at 1-800-4MY-XBOX. Please do not rent XBOX 360 games until you have resolved this issue. In the future, should GameFly receive XBOX 360 games from you that have been damaged, you will be charged a replacement fee.?

This news could spell disaster for Microsoft in Japan, a territory it deeply covets. As you may be aware, the original Xbox saw problems with disc damage at launch in Japan. Microsoft faltered slightly in dealing with the situation and the Japanese press, eager to pour scorn on the American machine, did so with glee.

SPOnG recently surveyed Japanese gamers about the Xbox 360 and, to our surprise, the naysayers we spoke to almost always mentioned that the problems the Xbox faced with damaged software had seriously dented the credibility of the brand. When asked 'Why do you think the Japanese people are not interested in Xbox 360?', concerns over build integrity were prominent. ?Because when Xbox came out, there was a problem with the system. That probably scared Japanese game companies and Japanese gamers away from Xbox,? said one gamer. ?I believe it's a matter of which game system is most popular. Because of the Xbox's system glitch, even after it was fixed, people just believed that the whole PC for your game system idea was over, and moved on. There are just that many game systems, and new gadgets in Japan, so you can't hold onto the idea that didn't work the first time.? Echoing this, another said, ?The problem Xbox had in the beginning is still holding people back from buying Xbox and Xbox 360.?

You can read the full article here.

Conspiracy theorists have immediately cropped up on the subject of possible Xbox 360 scratch issues, all claiming that Sony has likely had employees or stooges open GameFly accounts, scratch the discs and claim their consoles were responsible. Certainly, the issue cropped up late and in relative isolation... Whatever happens, we'll keep you informed. Let us know what problems, if any, you've had with your machine should you have bought into the 360 at launch.
Companies: Microsoft

Rod Todd 3 Jan 2006 16:02
1/5
claiming that Sony has likely had employees or stooges open GameFly accounts, scratch the discs and claim their consoles were responsible.
This is OBVIOUSLY what happened. Just like employees of Creative bought iPod Nanos, scratched them with a rotary sander and then sued Apple. And like Microsoft employees bought PSPs and then, erm... persuaded all the software companies to not write games for it, or something about the battery life or dead pixels, or flipped the doors open and had to bend down to pick up their dropped software... or something.

Bloody conspiracy theorists, they're all out to get me.

dwilliamsdcc 3 Jan 2006 16:55
2/5
My 360 (lovingly named Mr Scratchy) has scratched discs since day one. Microsoft want me to send it back but I look upon it as something that will be fixed in the next service pack. The Japansese need simply learn that this is another Microsoft feature common of all products supplied by the Big "M".

jordanlund 3 Jan 2006 19:24
4/5
This came up on one of the big game hint sites (I'm not sure of Spong policy on stuff like this so mods, remove the link if it's not appropriate) http://www.gamefaqs.com

It turned out that universally the people having problems had moved the machine from a vertical to horizontal position while a disc was in the drive and the machine was powered up.

It wouldn't surprise me if the people on Gamefly weren't Sony plants, but rather were people who pinheadedly scratched a disc on their own and saw the rental service as a free disc exchange.

Susan 14 Sep 2009 13:00
5/5
I recently came across your blog and have been reading along. I thought I would leave my first comment. I don't know what to say except that I have enjoyed reading. Nice blog. I will keep visiting this blog very often.