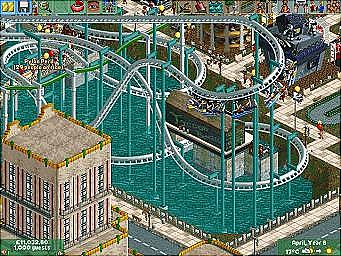 Chris Sawyer, the man behing lots of games ending with the word Tycoon, has announced he is to sue Atari for what he claims are missing royalties dating back over the past few years, between 1999 and 2003 to be exact.

We called Sawyer?s representatives, Marjacq Micro, who treated us as though we?d called up asking for an audience with the Pope. ?Mr Sawyer is a private man and his business is his business. He will not be speaking to anyone about this case as it?s a private matter?, we were told. This seemed a little strange to us, given Mr Sawyer?s business is being conducted in a public court.

Another reprehensive at Marjacq, Guy Herbert, told CNet, ?Chris is a fairly retiring man, and didn't really want to make a fuss, but what rankled was just getting no answers. Chris has an undertaking in his contract with the publisher that he can audit his royalties ? he's entitled to see everything. The auditors sent a list of things they'd like to see, but when they turned up nothing was ready, and the publisher was very uncooperative.?

According to Marjacq, ?In some ways the larger part of the claim is getting a court order so Atari show auditors the books,? which is Cityspeak for ?We think you?re bent and we dare you to show us what's up your financial skirts.?