All change with Xbox online 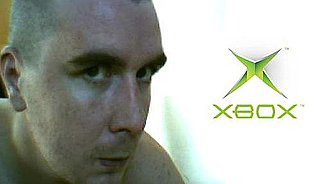 Xbox Live was simple. That was the point of it. You went into a shop, bought a thing and plugged it into the Internet. This is set to change with the advent of the Xbox 360.

Microsoft contacted SPOnG today to outline how things would be changing, so here?s that information relayed, albeit without the usual chirpy slant on things. Don?t you just love us?

First up, it looks at though new Live might not be available for the launch of 360, something of a surprise even to us, and we know almost everything. In its email, Microsoft informed us that, ??the next generation of online multiplayer gaming service Xbox Live will be available in Europe on the Xbox 360 video game and entertainment system starting this Christmas season.? Christmas being a different time to the actual launch of the 360, it looks likely that there might be a slight delay before the service launches.

Perhaps the biggest news to emerge is the new payment methods set up by Microsoft for Live. Henceforth, a card will be bought from participating retailers which will comprise an activation number. You get home, type this in and off you go ? no credit card required?

Two Live packages will be offered as you know, both of which are outlined below:

This allows members to connect to the online community and create their own digital identity with an Xbox Live gamertag and personalised Gamer Profile. Xbox Live Silver members will be able to send and receive text and voice messages and join their friends on Xbox Live. Xbox Live Marketplace is the one-stop download centre for additional game-related content like free trailers and demos as well as content that adds more to games, such as new levels, characters and weapons. Gamers can also purchase and download fun, casual and highly addictive Xbox Live Arcade games directly to their Xbox 360 system (additional fees may apply; hard drive or memory unit required for downloads).

Included with all purchases of an Xbox 360 console


You can read a full breakdown of Xbox Live for 360 here, along with a whole load of exclusive images and, erm, some other great stuff too.
Companies: Microsoft Game Studios

king skins 13 Sep 2005 12:20
1/5
They have mentioned the Christmas period a couple of times in relation to game releases, PDZ and PGR3... maybe they just mean mid/end of November onwards by this?

Or the system is not going to be released in Europe until December? If they launch in the US on the 25th of November, a week delay for Europe would be the 2nd of December.

VastikRoot 13 Sep 2005 13:19
2/5
These days the Christmas period seems to start in September anyway...the decorations will be up soon.
more comments below our sponsor's message

Rod Todd 13 Sep 2005 14:19
3/5
VastikRoot wrote:
These days the Christmas period seems to start in September anyway...the decorations will be up soon.

My tree is up, and the house is lit. Sure looks purdy.

I recall with Xbox I was sceptical about whether Live would work okay and MS proved me wrong. It's time for me to invest in a 360.

Lo, the joys of payday.