Legendary Microsoft conference back on 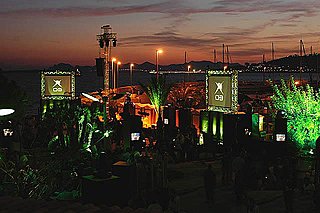 X03 - Nice
SPOnG really likes Microsoft's X0 events. They have always been really good and provide almost a year's worth of stories. Not news stories about videogames however, stories about good old fashioned games industry shame. In fact, it was during X02 when the word shame came into its own. It was carved in stone on a Nice beach during X03. Though of course, we cannot elaborate as the guilty need to be protected and the boss gets angry when we prattle on about the somewhat tedious exploits of a bunch of champagne fuelled industry types.

So onto the actual news - X05 has been confirmed, offering the first major European showing of the looming powerhouse that is the Xbox 360. The event is always held in a secret location somewhere in Europe, usually somewhere rather fancy and offers big news and access to some of the world's leading names in games development.

Chris Lewis, regional vice president of Xbox Europe, Middle East and Africa said: "We are very excited about X05 and believe this will prove to be a real highlight in the gaming calendar this year. We have a lot to say and even more to show people. Believe me, after X05 there will be no question that Xbox 360 is the next-generation".

Expect updates on what to expect in the coming weeks.
Companies: Microsoft Game Studios