Big in Japan ? the clear aim 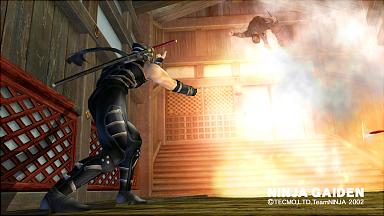 Being big in Japan is fantastic. We know because we are, as we enjoy the adulation of a plethora of readers we know secretly despise us for probably smelling like milk. And smelling like milk can be a disaster, as the distinctly dairy-scented Xbox found out to its detriment.

This time around, Microsoft promises things will be different, with the Xbox 360 likely to smell more like miso soup and seaweed strips than a Dairy Lea Dunker. You see, adding to the already impressive Japanese support announced for 360, an announcement during July is expected to blow the lid off the industry?s expectations for the next-generation Xbox in the region.

The latest issue of Famitsu magazine claims that Microsoft is preparing to show the world an almost complete roster of Japanese developer and publisher support, with the biggest firms in the sector pledging some of the biggest IP.

Although no specifics were disclosed, a Microsoft representative told Famitsu to expect some ?major surprises? during July, the month in which the Redmond software giant reveals its Japanese third-party support roster, likely to include software specifics.

Of course, this is all a diversionary tactic, aimed at deflecting attention away from the annual PlayStation meeting Sony is planning for July, at which finalised PlayStation 3 information is expected to be released alongside the first in-game footage.

An interesting July - who?d have thought?

Nice that MS want to pull out the 360 flags to wave but I get the feeling Xbox will still play second fiddle to PS3, regardless of whatever japanese developer jump on board 360. With PS3s backward compatibility more likely to work much easier, japanese gamers might opt for PS3 still for this reason, whereas the same for Xbox is still a bit jaded (full backwards compatibility should be easier but MS have made it difficult).

Then adding Revolution to the mix makes things interesting because of the double decade of Nintendo's games catalogue. And with costs sky rocketing once again how many japanese developers will be able to play ball this time with MS? Only the rich most likely.

On the other hand... The software design experience that Microsoft has resulted in a far prefered system by game developers employed in the xbox.

The 360 is designed with ease of development in mind in both the CPU alignment and GPU vertex shaders.

Whereas the ps3's cell adds unnessesary complication with its 8 threads on one core and the RSX adds no tools to game development for next-gen difficulties.

fluffstardx 4 Jul 2005 12:54
4/4
There's already been a lot of dissent over the difficulty of CELL; heck, there was an article in EDGE by a company trying to put together a mere utility to test how much of the power you're using, and they said they were a few months away! How do you know if you're really using something without being able to see?
Posting of new comments is now locked for this page.