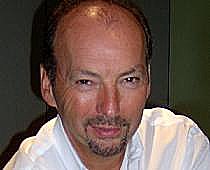 Peter Moore, seemingly taking on the Lead Evangelist role at Microsoft Game Studios these days, made some bold statements today about the future of the Xbox 360 console.

Speaking this morning at the Entertainment and Leisure Software Publishers Association games summit in London, Moore went on record to say that the Xbox team is looking to ship as many as 10 million hardware units within the first year of the long-awaited platform update going on sale.

"The target of 10 million units gives tremendous momentum to a platform. That is a target we are looking at that we think we can reach in quite a quick manner,? he said.

Moore claims that his team are looking to ship this figure within the first 12-16 months, an astonishingly bold target and one that is perhaps indicative of the price point of the 360, one which we are led to believe will break all loss-leader platform records.

And, of course, if every Xbox owner swaps for a 360, they reach their sales target. Big if, but an if still. Add on people who are sick of lame PS2 games (of which I know many) and you have a way, if not easy, of acheiving the target.

Joji wrote:
how many of those Xbox 360 will be online I wonder?

probably all of them, the Xbox Live! Silver is free

probably all of them, the Xbox Live! Silver is free

Yeah, but broadband isn't! And not everybody has it.

Also, that 10M number is quite large for 12-16 months, especially given that the XBox1 has shipped around 20M in its lifetime. I can't see half of all XBox owners upgrading to 360 in the first 16 months.

Here - I found this evidence of Mister Moore's meeting preparation while searching Google images on this subject...

10M is probably more than any console has sold in its first year. But Microsoft keep surprising everyone. Dont underestimate what they can do.
Most gamers I know have PS2 and Xbox. Hardly any of them ever play on PS2.
Everyone cant wait for 360. They all say they are getting it. Hardly anyone seems interested enough in PS3.