Shadow of the Colossus Explained 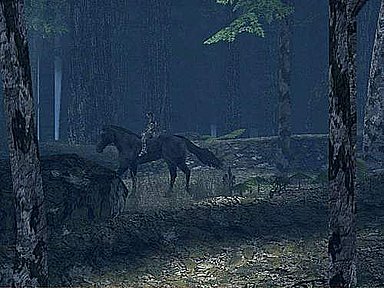 All Images (8) »
Shadow of the Colossus, the spiritual sequel to the acclaimed ICO was something of a flop at this year?s E3, although you?ll read many tepid pieces which lazily (oh so lazily) commend the beauty and art direction of what they saw. However, this impression simply did not reflect the lacklustre response the game received.

The game was jerky and the scenery tore in places. Although an early build, it?s frame rate and level of detail were poor, a situation compounded by gameplay and control issues.

However, the potential of Colossus was obvious, and it is to this we must look for hope. ICO received a mixed reaction, especially before the bandwagon-hopping decision to declare the game a piece of art was made. SPOnG loved it to a man, yet it?s not difficult to understand why some found it inaccessible and in some cases completely unstimulating.

So perhaps it would be fair to argue that the attendees of E3 were perhaps not the best people to judge SOTC if its target audience is a beard-stroking digital arts community. Irrespective of this, SPOnG is still - to a man, for the second time in the space of two paragraphs - very much excited about SCEI?s next offering and as such, delight in bringing you this latest batch of screens which for the first time illustrate some new gameplay elements, not the least the massively enhanced combat system.

For too long Sony have been hiding behind 2nd/3rd party developers while doing very little games themselves. It's good for them to build their IPs up.

I can now name some Sony games. Syphon Filter, Ape Escape, Ico, Gods of War and Everquest (correct me if I'm wrong here). Those are a few but it's good that I can even remember them. LOL.

TigerUppercut 23 Jun 2005 08:47
4/5
Good point about the IP. Sony's stable is strong these days, a fact that's easily overlooked. Just titles like Everybody's Golf are important, right the way upto Gran Turismo. It actually has what one could argue as the strongest of any platform holder.

Most of those are from SCEE studios too, SCEJ and SCEA will have their own brands and IP.

I think Sony have quite a good spread of IP, even if none of them are massive on their own.