A digital-only instalment of the inFamous series should strike fear into the hearts of retailers. 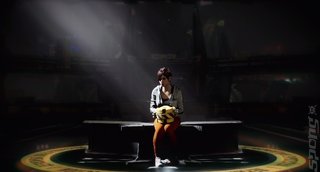 inFAMOUS First Light is coming. It's a new slab of the successful action title for the PlayStation. It's coming in digital form.

"So what? It's DLC right?" you may say. Stop saying it, because this is a standalone title from Naughty Dog. It features Abigail "Fetch" Walker from the previous title (Second Son) and it's only coming to PS4. Sure, it may well come out in boxed form as part of a GoTY edition for the holidays, but right now retail is frozen out. Watch the footage of the game below:

And here's the blurb: "Locked up in a prison for super-powered humans, Abigail "Fetch" Walker is forced to relive tragedies from her past. Unravel her dark secret in Seattle while battling to escape snowy Curdun Cay and seek vengeance against those who wronged her."