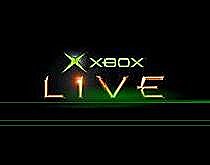 It is a given that the Xbox 360 will make use of the Live network to deliver content from day one. The service - currently being upgraded for the new generation of Xbox hardware - is the best of its kind without doubt, and an expansion of what it currently delivers was always on the cards.

Regular readers will remember that SPOnG exclusively revealed that downloadable game demos will be available from day one of the 360?s launch, news that hinted at the considerably wider scope of Live in the coming months.

Related news surfacing today talks of an opt-in package for publishers whereby they circumvent the retail sector, offering games in downloadable form, direct to consumers in the home. Gossip was strengthened by GarageGames President Mark Frohnmayer, who said, "GarageGames now has three powerful engines, and we're constantly improving our development toolset. We've got several exciting projects on the horizon including a killer casual game being developed in partnership with another company and a downloadable title for the upcoming Xbox 360."

Microsoft representatives during last month?s E3 in Los Angeles made many references to Live evolving into a ?marketplace? for downloadable content, though at that point, full games - on-demand and digitally delivered - had not been specified.

As soon as official confirmation lands, you?ll be the first to know.
Companies: Microsoft Game Studios

It's good that they are working with Garage Games but what have they produced that is so great?

I'll stick with Nintendo, thanks.

indiegamer 7 Jun 2005 16:05
2/6
What did GarageGames do? Well, for one thing, they made TRIBES. Plus, they made Marble Blast Gold which is one of the most widely distributed games around. (Ships on every single mac. It's available on PC, Mac and Linux. Plus, it's currently the most popular game on Xbox Live Arcade).

They know how to make fun games. Screw nintendo, I'll stick with GarageGames

What's that got to do with anything?!

Solitaire is probably THE most widely distributed game.. Who cares!!

fluffstardx 7 Jun 2005 18:40
4/6
The idea behind the whole thing is to attract a variety of people to gaming. Would your gran play Halo 3? Or will she play Marble Blast Gold and the like? Most non-gamers I know, that elusive target for the games companies, will play Solitaire or Minesweeper. They wouldn't even consider a "proper" game, and yet they play these as if it was just a standard part of owning a PC. And THAT is where this idea and deal comes in.

Breaking down the barriers of gaming, like all but Sony are aiming for, needs games of a simple yet addictive nature to get the non-gamers involved. This is a good start, and very promising.

tyrion 8 Jun 2005 08:11
5/6
How many people believe the "attract new gamers" stance that all three console makers seem to be pushing?

Where are they going to buy their console? Game? Gamestation?

Have you ever considered going into one of those shops when you aren't a gamer?

That's what its going to be like for a non-gamer going into a games shop. Most kids are gamers, so we're talking about older people, right? Going into a "kids" shop to get a "game player".

So are they going to go and buy a console at the supermarket? "Milk, eggs, bread, PS2, coffee." Doesn't seem likely, does it?

All the above leaves out the huge leap of imagination required for a non-gamer to feel the desire for a console or handheld. If friends who game were going to influence them, they probably would have by now, the GBA has plenty of "introductory" games, so does the PS2. There are loads of games that parents could play with kids that might spark an interest in more grown up games.

The non-gamer market is getting smaller and trending older as time goes by. My parents finally got a computer four years ago, after I first had one 22 years ago. They don't use it for anything except the occasional letter and a few games of Spider Patience. They don't use any interactive features on their Sky box, they don't even see the attraction of Sky+ at the moment. They aren't going to get a console any time soon.

Are our parents the cut-off for games, people who won't be motivated to buy a console no matter what games are available? Who's left? My generation was the first to take to computer gaming in a big way. All the big magazines and companies have sprouted up during my gaming lifetime. However, plenty of people my age still don't game.

So younger than me, loads of people game, my age not so many, older than me hardly anybody does and probably never will.

My god, I've just answered my own question. People my age and around are the ones to be marketed to in order to expand gaming! And I already game! I'm an influencer!

I need to be sent stuff so I can evangelise to the new mass market!

Are you listening Sony, Microsoft and Nintendo? Send me stuff, I'm an influencer!

Isn't it funny where you get to when you just sit down any type? :-)

Ditto 8 Jun 2005 08:27
6/6
fluffstardx wrote:
Most non-gamers I know, that elusive target for the games companies, will play Solitaire or Minesweeper.

I think they'd be better off getting a DS and Polarium and then possibly Electroplankton when it comes out.

These are the same kind of simple and addictive games that older generations play on the PC.