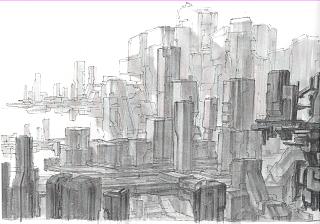 Earth City
SPOnG is now pretty much certain that the finalised name for the Xbox 2 is actually Xbox 360, with one of our staff infiltrating a top-tier focus group held by Microsoft for its new Xbox last night.

As you may know, this comes after Xbox lead J Allard used the moniker Xenon for the first time at last week’s GDC.

The study, held in London’s Soho, saw a mixture of male and female gamers and Xbox owners presented with a series of prospective marketing campaigns for the Xbox 360.

The three lead contenders to be offered by the best in media and marketing to date are - somewhat depressingly - Xbox 360: Amplify Yourself!; Xbox 360: You're Next!; and Xbox 360: Shine! Really, that’s what they’re working with right now.

The tagline for Xbox Live is another Nadbaggian example of consumer lifestyle marketing at its most generic. Xbox Live: Ménage a Billions.

All of this was offered up to what was quite a cynical bunch of consumers last night. “It became clear to me that the marketing brief given to whoever this agency is who has come up with these ad concepts for Xbox 360 should have been to communicate the fact that Xbox 360 is instantly connectable to your friends, and by extension a network of friends and friends of friends and potential gaming partners you might not meet or have met in any other way... other than through online gaming through the online Xbox 360,” said our man on the inside. “Either the brief was way off this clearly straightforward objective – or the agency have failed to communicate this.”

A considerable selection of concept advertising was shown to the group too, though again this smacked of coming from the stable of generic urban lifestyle marketing. As one attendee told SPOnG, “It seems odd that since the original PlayStation launched, they [media agencies in general] can’t come up with anything more imaginative than clubs, girls and drug references to get us to buy.”

The reaction to the name Xbox 360 was in itself a sticking point. “Will it come with some kind of 360 degree headset?” was the first question asked upon the announcement of the name. The answer, somewhat unsurprisingly, was no.
Companies: Microsoft

Rod Todd 16 Mar 2005 12:11
1/19
An Attendee wrote:
“It seems odd that since the original PlayStation launched, they [media agencies in general] can’t come up with anything more imaginative than clubs, girls and drug references to get us to buy.”

Dude, A club full of drugged girls is EXACTLY what it takes to get me to but things...

Although, I'd have to be pumped full of drugs and clubbed before I'd buy an XBox 36ty.

Ok Sony and and Ninty, this should be easy to top:

"Revolution - Touch the monolith, and evolve to the nth degree in an instant!"

Xbox 360: Are we there yet?
Xbox Live: Not Neutral

claudioalex 16 Mar 2005 15:55
7/19
YAAAAWWWWWWNNN
Anything new here?
Leaking this king of information is how Microsoft started their marketing for Next Xbox?
lame
360 geometricaly is to comeback to the same initial point.

You have just made the best point ever.

Hopefully that doesn't mean they are running around in circles trying to get this system together...

Hopefully that doesn't mean they are running around in circles trying to get this system together...
Microsoft UK seems to be doing just that with the current Xbox - retailers are screaming for stock.

The whole thing is inexcusable, and while Sony got a right kicking for its unavoidable PS2-mini shortages at Christmas (thanks to the closure of the Suez canal), there very little coverage of the Xbox shortage outside of MCV's pages.

A conspiracy theories would posit that this is just Microsoft running down stock prior to X/enon/box2/box360/box Next.

It is so far from confirmed, it's still about as likely as Xbox Next, Xenon, Xbox 2, Nextbox X and every other gawd awful name Microsoft has or hasn't come up with for the console.
.
.
.

Unless you know something you aren't telling us! Huh?

mattseds 17 Mar 2005 01:13
13/19
I agree with Mendez. I live in the MS headquarters city, and have participated in multiple "top-tier" focus groups for them, one of which was for the original Xbox, prior to its launch. We were given the launch controller (the big one) and the Japanese (now called "S") controller, to determine usability and selling points, and despite the overwhelming consensus for the S, which one ended up in the bundle at launch time?

If there's anything I've learned from focus groups, it's not to feel too special when you walk out of one, having just signed an NDA, with your "secret knowledge" of what's actually going on. MS has their own ideas, and if, perchance they're doing a blind marketing test, they throw all the options of "Xbox 360" taglines at you, and if response is negative to neutral for all of them, they weigh the name itself against names like Xenon, etc. Just because the only name in the focus group was Xbox 360 doesn't mean that's what they've chosen.

You got fooled! As far as we the end-users are concerned, focus groups are more to create hype than to leak info.

Focus groups are for companies to fok'us.

Ok Sony and and Ninty, this should be easy to top:

"Revolution - Touch the monolith, and evolve to the nth degree in an instant!"
I agree... Looks like they haven't learned a single thing from what happened with the Dreamcast. There is only one slogan that has a chance of staving off the massive anticipation there will be about the PS3.

kid_77 25 Mar 2005 19:54
18/19
According to HSDEMONZ, the OXB Magazine's resident "insider" has said the next generation Xbox is to be called Xbox Next. The only other slightly interesting titbit [fnar] is that it won't be backwards compatible.

Not being a reader of this publication, I can't attest it's authenticity. But the article's author advises to "Take OXM rumours with a grain of salt."

whoa, had to re-read your post...looked for a second like you were saying HSDEMONZ was OXBM's "insider"...he's not, if anyone else made that same mistake. Though I'd trust HSDEMONZ (or anyone at x-s) over anything OXBM had to say.