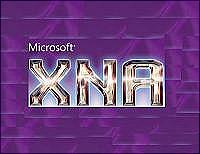 Microsoft Games Studios has again illustrated its keenness to be seen as the easy company to work with, revealing an enhanced level of support for its XNA development suit.

In a press release hitting hours before today?s GDC show commences, Microsoft has sought to mark the occasion as its own. With the firm spending more moolah than any other at GDC this year, it appears that the relative ease with which studios will be able to create Xbox 2 software is the core message.

And with the next generation games machine launching at the beginning of this winter, time is very much at the forefront of the Windows giant?s thinking.

The release states, ?XNA Studio will provide robust versions of key production tools such as asset management, defect tracking, project automation and work lists. These tools will work together seamlessly to automate common development tasks and present interfaces tailored to the different functions within the team. XNA Studio will allow team members to collaborate quickly and effectively using familiar techniques and tools, even when elements of the team are distributed geographically. This all adds up to more developer time generating unique content and less time running the content process.?

As you may know, Microsoft has been widely rumoured to be poised to unveil the new Xbox at this year?s conference. With SCE declaring that the PlayStation 3 will be unveiled before this year?s E3 GDC this year is shaping up to be something more than a collection of bitter men complaining about publishers' lack of booth babes that are willing to talk to them.