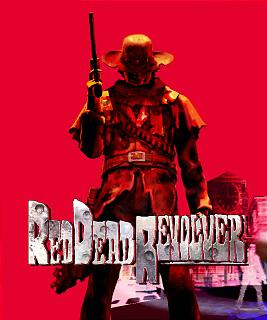 Red Dead Revolver was as Dead as Capcom?s Dead Phoenix, which really is quite dead. However, it turns out that Red Dead Revolver is not dead (though it is still, we believe, red) as it emerges in the depths of Take 2?s annual report that Rockstar will be publishing the illusive title.

?We are excited to announce this astounding new franchise which portrays one of the most fascinating periods of time in American history," said Sam Houser, President of Rockstar Games. "Red Dead Revolver is Rockstar Games' first foray into the Wild West and the Rockstar production team is eager to deliver an engaging and visually stunning experience that pays homage to this era."

We bet the buckets of blood planned for the game also helped swing it?

Impressively, Red Dead Revolver is due to be on shelves as soon as spring of 2004, available for Xbox and PlayStation 2.
Companies: Capcom Rockstar Take 2
People: Sam Houser
Games: Red Dead Revolver