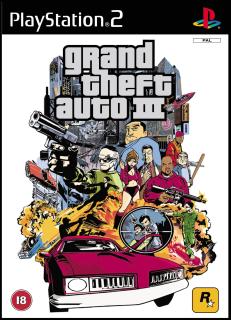 We brought you news earlier this month of what looks set to be a landmark in the history of videogames. US police reported of two brothers, 14 and 16 years old, who murdered a man as he sat behind the wheel of his car, told police upon their arrest that they had been inspired by playing Grand Theft Auto, naming the game outright.

Hearing this, the dead man?s family immediately commenced legal action against Take 2, and today it has emerged that the amount demanded is a staggering $100 million.

?We want to tell the videogame industry that if they're going to continue to market adult-rated games to children with these horrific consequences, then we're going to take their blood money,? said the family?s legal team in a Hutzien statement. ?In the past few days I have been contacted by dozens of other people, and there may be hundreds more cases. This will send a message that they have to stop this practice or there will be other suits on behalf of other people, killed by these games.?

A fair point is hidden away somewhere within this statement. This is the first time a game has been named by the perpetrator of a serious crime as being a direct influence on their actions.

There is no question that Grand Theft Auto 3 and its blockbuster follow up Vice City should in any way fall into the hands of children. And yet it?s equally certain that a significant percentage of consumers are under the age of 18. In the UK, where the BBFC has slapped a legally-binding age rating of 18 on every GTA title, you can see parents buying copies of Grand Theft Auto for their children. This happens in game retailers across the country every day.

So it becomes a question of blame. Why are children getting access to content that is wholly unsuitable for them? Why does Take 2 place adverts in magazines that are read by under 18?s?

This case, which will almost certainly be won by the claimant, will be a defining moment in history. Aside from opening the floodgates as a test case, it will also bring to bear the fact that certain depictions in gaming are both ethically and socially unhealthy.
Companies: Take 2
Games: Grand Theft Auto 3 Grand Theft Auto: Vice City