And it?s a healthy looking roster. 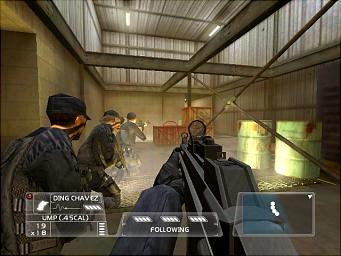 Rainbow Six 3
All Images (6) »
Ubi Soft looks like it will be making quite an impact at the upcoming ECTS in London (27-29 August) as well as making its presence felt at the Playstation Experience. Prince of Persia and cel-shaded FPS XIII have been flashed at excited consumers for quite some time now, and the versions on display at ECTS should be much closer to completion.

Ubi Soft's MD Alain Corre is justifiably optimistic about their offerings for this Autumn and Christmas, hoping that the big names cause a ruckus in the charts. Unfortunately, there are a few notable omissions from the line-up. Splinter Cell: Pandora?s Tomorrow is still lurking somewhere in the shadows, and there?s no news on the new Everquest titles. Ah well, we can?t have it all.