It's a great big renaming confusion! 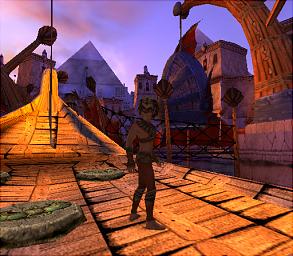 Not Sphinx and the Misfortunate Mummy, which was emblazoned across several American publications recently.

The game sees an intriguing mechanical twist in which the Mummy, used as a second playable character, prepares his castle, which is also the final level of the game, for Sphinx's arrival, spawning massive scope for different endings and so on.