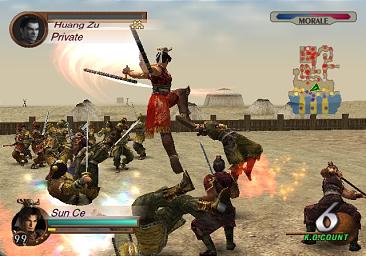 All Images (2) »
Koei?s latest Dynasty Warriors title, the fourth in the series, has gone down a storm in Japan, shifting a staggering one million copies in just nine days on general release.

In sales figures usually associated with the likes of Metal Gear Solid, Mario or Final Fantasy, DW4?s sales have underlined the franchise as a true AAA concern.

?We think that this is proof, if it was needed, that Dynasty Warriors holds massive appeal to gamers around the world, ?said Steve Marks, head of Marketing at Koei UK. ?The next few days will see the release of the acclaimed Dynasty Warriors 3: Xtreme Legends in Europe, giving gamers over here a fresh taste of a brilliant franchise.?